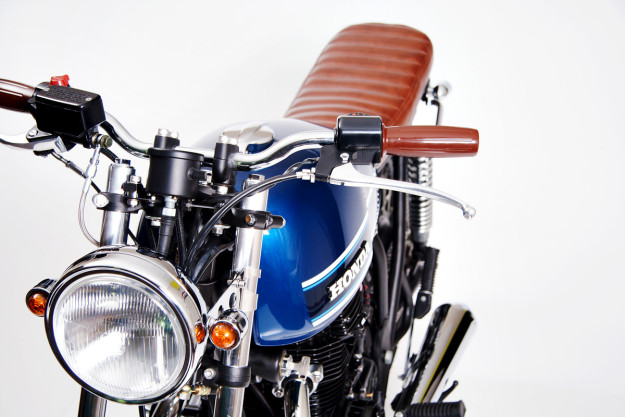 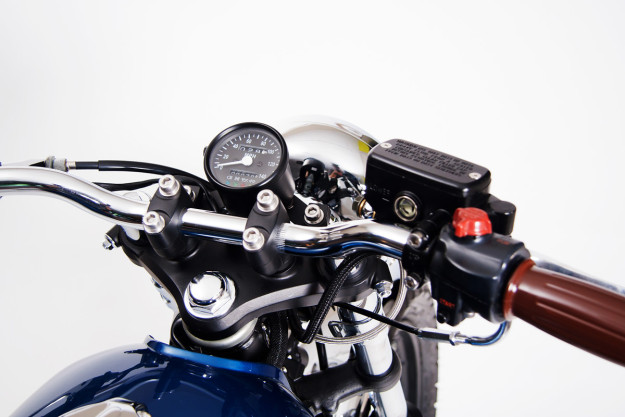 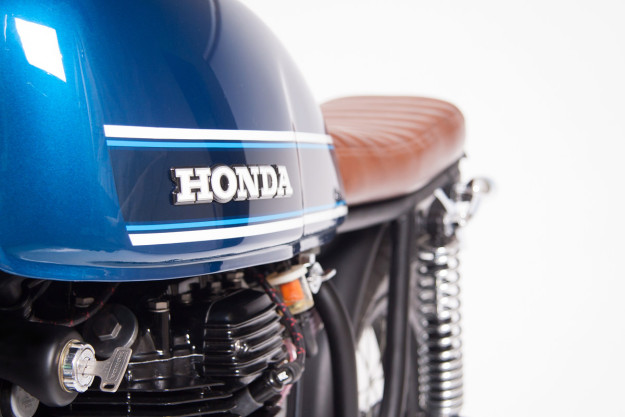 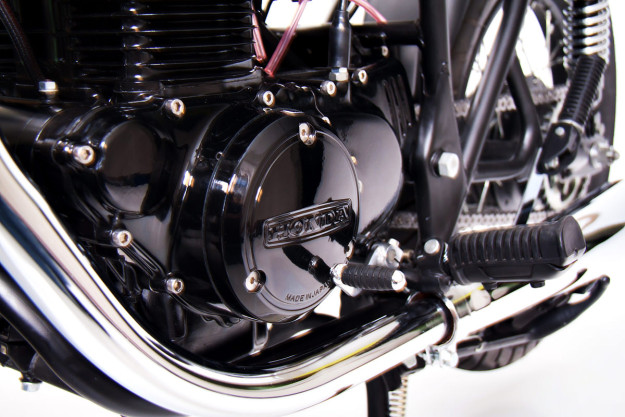 We’ll admit: Brat-café style Honda customs are a dime a dozen. But top shelf finishes and attention to detail are far more rare, and this classy CB360T has both in spades.It’s the work of James Fawcett—a creative-at-large based in St. Louis, Missouri. Operating as Slipstream Creations, James applies his skills to making furniture, painting bicycles, and building custom motorcycles (among other things). 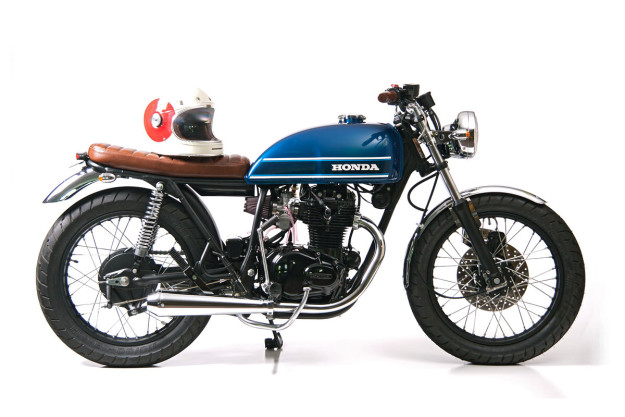 This 76-model CB360T was reasonably clean when James acquired it, but he couldn’t help himself.“It needed a few things here and there, as you’d expect from a roughly 40-year-old bike,” he says. “So I did what any reasonable person would—I tore it down and started from scratch.”

James admits that he borrowed ideas from the popular café and Brat styles—ultimately aiming for a nostalgic vibe. “It was important to me to maintain the personality and functionality of the 70s era import bikes, made for runnin’ around town.”

He handled everything himself: from fabrication to paint, media blasting and powder coating. The only thing he outsourced was the upholstery of the seat—to his mom.The bike was stripped down to the bare frame, before James began meticulously piecing it back together. The frame itself was de-tabbed and a new rear loop added, before being powder-coated.

The fuel tank’s off a 1976 CB500T. James shaved off the original badge mounts, repainted the tank in a throwback Honda livery, and restored and re-fitted the original CB360T badges.The seat pan, seat and under-seat electronics tray are all hand-made. There’s also a custom center stand, designed to clear the new mufflers, and a neat inner fender to complement the trimmed rear fender (and keep muck off the air filters).

The cockpit’s been slimmed down with some low-rise bars, new grips and a small speedo. The headlight, headlight ears, turn signals and taillight are all off-the-shelf parts.James gave the engine a solid top-end refresh, removed the airbox and fitted a pair of Mikuni VM30 carbs. K&N filters and reverse cone mufflers round off the engine package. The wiring was upgraded too, with a high-output charging system from Rick’s Motorsport Electrics, an electronic ignition from Honda specialist Charlie’s Place and Dynatek coils.

Everything on the CB’s been refurbished in some way. The engine’s been blasted and coated in a deep black, along with the wheels—which were stripped and re-laced with new spokes. The front brake caliper was rebuilt too, and the rotor drilled.Every finish and detail has been seen to, right down to the cloth-wrapped spark plug wires. The result is a harmonious balance of black, chrome, and the heady blue of the tank.

It might not break any new ground—genre-wise—but it has a practical elegance that’s irresistible.